If I have even a little talent for CW it's due to my genes. This is my grandfather, George E. Good, who was a telegrapher for the Soo Line Railroad. 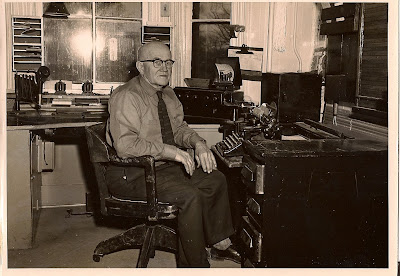 P.S. If any blog viewers can identify the equipment in this photo, I'd love to hear from you.

Email ThisBlogThis!Share to TwitterShare to FacebookShare to Pinterest
Labels: cw