I got a chuckle out of the latest episode of "Bones" when they pull a receiver out to monitor a pirate radio broadcast, and it's actually a Heathkit SB-610 monitor scope: 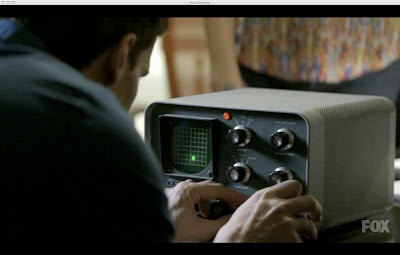 Posted by Gordon Good at 9:50 PM No comments:

Yesterday I drove up to K9YC's QTH to pick up a used Ten Tec Hercules amplifier. When I got home, I opened up the power supply to see how much trouble it would be to rewire the AC primary, and my, that's a big transformer (pen sitting on top for size reference). 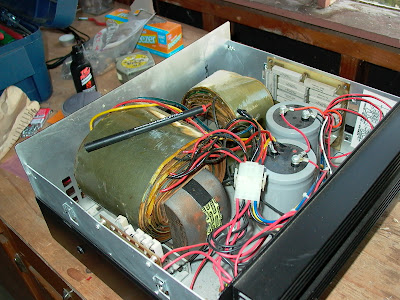 One thing I forgot to do is swap out the AC line fuses when I re-wired the amp to run on 120 volts. It *will* draw more than 10 amps when run full tilt, and the manual specs a 20 amp fuse when running off 120.

Having said that, I don't have sufficient power in the shack to run the amp right now. I had a talk with an electrician about running 220 out to the shack, and it doesn't look too hard - run some SO cable, which is rated to be out in the elements, bring it to a junction box, and install a wall outlet.
Posted by Gordon Good at 9:56 AM No comments: