Well, the ARRL November Sweepstakes has come and gone for 2010. This year was the best ever for me, and I put 2,279 contacts for a total score of 360,678 (claimed score before log checking) in the logs for my club, the NCCC. A few thoughts about the two weekends.

I operated a split-site effort for the first weekend, opening the contest from my home station for about 10 hours. Murphy struck in the form of a flaky disk on my primary logging laptop, and my backup laptop turned out to be very RF-sensitive. I lost the first 90 minutes of the contest to those problems, which threw me off my plan a bit. I was also a bit "off" because I was using my second rig, a Yaesu FT-857D, as I was going to use my K3 for my second half of the split-site, and SS rules only allow a transmitter to be used with one callsign/station combo. When I finally pulled the plug, I'd made 383 contacts and had 77 sections, missing MB, NL, and NT. I was pretty tired, so I tried to nap for a few hours, but just couldn't seem to get to sleep. Finally, I gave up and headed over to my second station at around 4 or 5 am.

For the second half of the contest, I operated from Kevin, AD6Z's excellent station up in the Santa Cruz mountains. Kevin is at about 1700 ft elevation with nice downslopes toward the continental US, and has an impressive antenna farm:

Kevin also provided an Ameritron AL-1200 1500w amplifier. Everything was very plug and play with my K3, and I had a great time up there, using the callsign NW6H. I operated right up until the end of the contest and had 832 contacts and 79 sections. One highlight of the contest was working my pal Tim, KT8K, operating QRP.

After the CW weekend, Kevin, AD6Z emailed me and asked if I'd be interested in trying to do a dual effort from his QTH, where we have two simultaneous operators on the air. He's been dabbling with SO2R over the last year or so, and had all the needed bandpass filters, in addition to having enough antennas to make it all work. I jumped at the chance, remembering how loud I'd felt over the CW weekend. I also knew that this approach had been used by some other NCCC members in the past, and they'd said how much fun it was.

Kevin "stuck" me with the smaller of his two amplifiers, an AL-80b, but it was still plenty fun. There were some sketchy moments when a storm came fairly close to the QTH and the power blipped off a couple of times, but we were very lucky and the storm missed us for the most part. Other NCCC members were not so fortunate, as that storm either caused them to lose power for hours, or messed with their plans to operate from their mountain QTHs in the Sierra Nevada. Everyone made it home safely, though.

This was my first phone contest running with high power and good antennas since operating W8UM in the early 1980s, so I was a little apprehensive about being able to keep up with the logging tasks and operating the footswitch (we decided to not use VOX since we were only a few feet from each other). That turned out to be a non-issue - I'd spent the week before SS Phone listening to the audio of George, K5TR, operating in the 2004 SS, and my strategy was "sound like George." After a couple of rubbing-head-and-patting-stomach moments, I got into the groove and was having a ball.

I finished the contest with 1064 contacts and a clean sweep. There's plenty of room for improvement, obviously, but I'm very happy with how I did, and my point total for the two weekends is the 11th best among the NCCC membership. Kevin is already plotting station enhancements for next year. And by the way, Kevin's station, which was operated by Donald, AE6RF and myself for CW, and Kevin and myself for Phone, was responsible for 2,942 QSOs over the two weekends.

Split Site Operation was a ton of fun. Showing up on Sunday morning with a call that no one has worked yet makes Sunday a lot more fun than using a single call.

N6BV Propagation Charts. Having these printed out with my operating plans on them helped keep me on task, and also encouraged me to try out 10 meters during the Phone weekend.
Five Element Monobanders. I have come to the earth-shattering conclusion that these work better than dipoles.

Amplifiers. They not only make you loud, they keep the shack warm.

And my secret weapon: 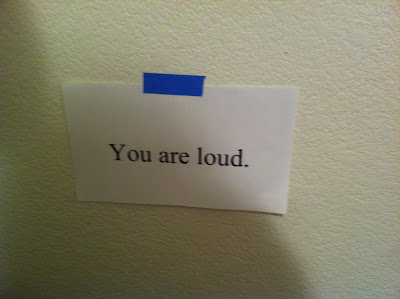 Have a backup of everything. Things will break. I speak from experience.

Make sure your backup equipment actually works! Although I had another laptop with N1MM installed, configured, and had all my voice messages on it, I'd never used it running high power into my temporary wire beam. There was enough RF in the shack to make the backup laptop spaz out.

Don't wait to do your last-minute check until (literally) the last minute before the contest. I discovered that all the function key definitions I'd set up a few days before SS Phone mysteriously disappeared, and I had to frantically re-do them all while the contest was starting. Fortunately, the voice message WAV files were all still there, so I only missed a couple of minutes.

Pay Attention while checking things out beforehand. I'd noticed a few weird freeze-ups in N1MM while testing things a week before SS CW, and I now realize I was seeing the first symptoms of a disk failure (not N1MM's fault at all). As I write this in December, the disk has completely failed, and is getting swapped out under warranty. If I'd paid more attention, I probably would have used a different laptop.

CQ more. After looking over my rate sheets, I see that running can be "bursty" - a few minutes of 80/hour, then a minute or two with no contacts, then a mini pile-up of two or three stations. I think I tend to abandon a run frequency prematurely because I think it's dried up, when it's just sleeping for a bit.

Make better use of dead time. I have gotten good enough at operating that I'm feeling a bit antsy while the rig is calling CQ, or there are no callers. I used slow times to pounce around the bandmap and work stations I hadn't worked yet, then Alt-Q back to my CQ frequency. I think I might be ready to try SO2R. Maybe I'll play around with SO2V using my K3's subreceiver in the next minor contest?

Get better at finding a good run frequency. Especially on 20 meters, it was hard to know if I'd picked a good or bad run frequency. Sometimes I could tell that I'd chosen a frequency near a loud station that was in my skip zone because I could hear the other side of his QSOs (I call this "QSO backscatter"). Other times, though, my rate was miserable and I wasn't sure why.

Here are the scores from every SS I've entered (my old calls were WB8YVI and KC8ES). What's nice is that this year I beat the score of every multi I've ever done.


* No, that's not a typo. KM8I is Al Plant, now N5UM. It's just a total coincidence I got the vanity call KM6I recently.

Posted by Gordon Good at 6:22 AM No comments: